Despite the fact that video surveillance technology has come an incredibly long way in just the last decade, there is one feature that has remained the same. Most security cameras still switch on their IR lights at night, leaving us with grainy, low contrast, monochromatic footage 50% of the time. This can cause you to lose critical details, even with beastly 4K footage.

If you're looking for full color footage at night, we have a new camera to introduce you to today. Meet our newest 24/7 color camera: Uniview's ColorHunter! Advanced LightHunter technology combined with a bright white light means these cameras can display your surveillance feeds in full, beautiful, and crisp color day or night. It also has a few tricks up its sleeve making this much more than just a full color camera.

Click the following thumbnails to view their full resolution.

In this blog post, we're going to tell you everything you need to know about this camera, from its specs to its real life performance. By the end, you'll know whether or not Uniview's ColorHunter camera is right for you. Let's go!

Here's a quick run-down of the specs we're dealing with, so you have a pretty good idea of what this camera looks like on paper.

That's the camera in a nutshell. Now let's dive a little bit deeper to see how this camera performs in real life scenarios.

How Does The Night Vision Work?

We've already alluded to the two functions that allow this camera to see in full color 24/7, but now we're going to dive a little bit deeper into this topic. The two features that work together to produce this beautiful color image are advanced starlight features and the on-board floodlight.

Starlight isn't anything new. Security camera manufacturers have been using this lowlight technology for quite some time. In Uniview cameras, this technology is called "LightHunter." It provides a way for Uniview security cameras to capturecrisper and clearer footage in lower-light scenarios.

ColorHunter takes this LightHunter technology and brings it to the next level. First, it has a wider aperture than most other LightHunter security cameras (see the graphic above), allowing for more light to pour through the lens and hit the sensor. That sensor is also larger, allowing for it to interpret more of that light. Finally, the lens is backside-illuminated. Without going to far down the rabbit hole, I'll just say that backside-illuminated (BSI) lenses have less interference, allowing the sensor to receive all that light more efficiently. Put this all together, and you get an incredible LightHunter security camera.

If you live in a relatively bright area, then this advanced LightHunter illumination just might be all you need for clear color images day and night. But if there isn't much ambient light around your home or business, that's where the on-board floodlight comes into play.

This is what really sets this camera apart from other security cameras. Like we mentioned, most cameras flip on their infrared lights when a scene gets too dark. The pro is that infrared is a frequency of white light that is invisible to the human eye, so no one can actually see the IR illumination. But the con is that you end up with this colorless image. Why? Well, what our eye interprets as color is just different wavelengths of light. When infrared is the only source of light, there's only one wavelength: infrared.

The ColorHunter doesn't have any infrared LEDs. When it gets too dark for the ColorHunter to take good footage, it turns on a white floodlight. The difference is this light is visible to the human eye. But since white light contains all the wavelengths of light, the camera is able to see in full vibrant, and true color all night long.

The best way to use this floodlight is to set it to automatic. This way the camera will turn its light on automatically as needed. Since the white light is adjustable, the camera will also adjust the brightness of the light throughout the night. So as the amount of available light fluctuates, the camera's white light is able to compensate with just the right amount of light to give you nicely exposed surveillance footage.

There are three control modes you can switch between to customize your white light:

We could go on and on about this camera's color capabilities, but believe it or not, there's more. It would have been easy for Uniview to make a full color security camera and call it good. But they really took the time to make sure this was a solid security camera that just happens to see in full color 24/7. Let's take a look at some of these other specs.

These cameras have a crisp 5MP resolution, but it's not like other 5MP resolutions that you may have encountered in the past. 2592x1944 is a more common 5MP resolution with a 4:3 aspect ratio. In the age of cell phones and HDTV, the 4:3 aspect ratio has largely become irrelevant. Yet for some reason, there are still a lot of 5MP cameras that shoot video in this boxy shape.

ColorHunter 5MP cameras shoot at a 2880x1620 pixel resolution, which is both 5MP and 16:9. This means you can have a higher 5MP resolution without the awkward 4:3 resolution. This makes for a seamless viewing experience that fits right in with your 1080p and 4K cameras.

For the best viewing experience, watch the following clips in full screen at its highest resolution.

If you choose the turret over the bullet, you have the added benefit of a built-in microphone.

If you want audio at all, this built-in microphone is really your only option on the turret. The bullet, on the other hand, does have audio in and out connections in the pigtail. So if you want to add your own audio or alarm hardware, then you'll want to go with the bullet.

Uniview has been jumping into the world of artificial intelligence with most of their recent cameras, and this ColorHunter line is no exception. Deep learning allows this camera to recognize the differnece between human movement and movement that can be ignored. By specifically targeting pedestrians, motorized vehicles, and/or non-motorized vehicles, you can save a ton of space on your hard drive and save yourself from a bunch of annoying push notifications on your cell phone. If you'd like to learn more about Uniview's Deep Learning, you can check out our blog post about it here.

When it comes to the ColorHunter, you can take advantage of this deep learning in four different intelligent events:

Final Thoughts: Is This Camera For You?

So here we are at the end of this blog post. If you're still with us, you're probably somewhat interested in this camera. But how do you know if this camera is for you?

That about wraps it up for this overview of Uniview's ColorHunter security cameras. What do you guys think? Let us know in the comments below what you think about this new security camera. 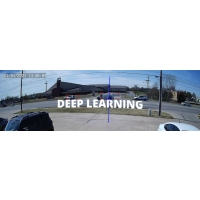 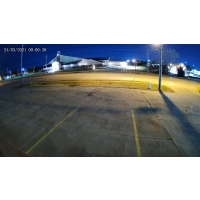 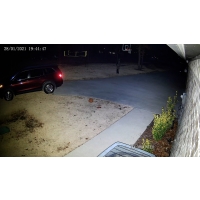 Be the first to review this product
$569.99
Login for Price

Be the first to review this product
$569.99
Login for Price
Recent Posts