The Internet is everywhere, and these days it’s hard to imagine a life without it. That said, if you install IP security cameras on a regular basis, you’re bound to come across a situation where you need to install a camera in a place where there is no Internet access. Which raises the question: is it even possible to install an IP camera without an Internet connection?

Yes, it is possible to install your IP security camera without connecting it to the Internet. But without this Internet connection, you can only access your cameras from devices located on the same network as the cameras themselves

To unpack this definition, we have to understand what a “network” is, what the “Internet” is, and how Internet Protocol (IP) cameras work. That’s where we’re headed throughout the reset of this blog post. 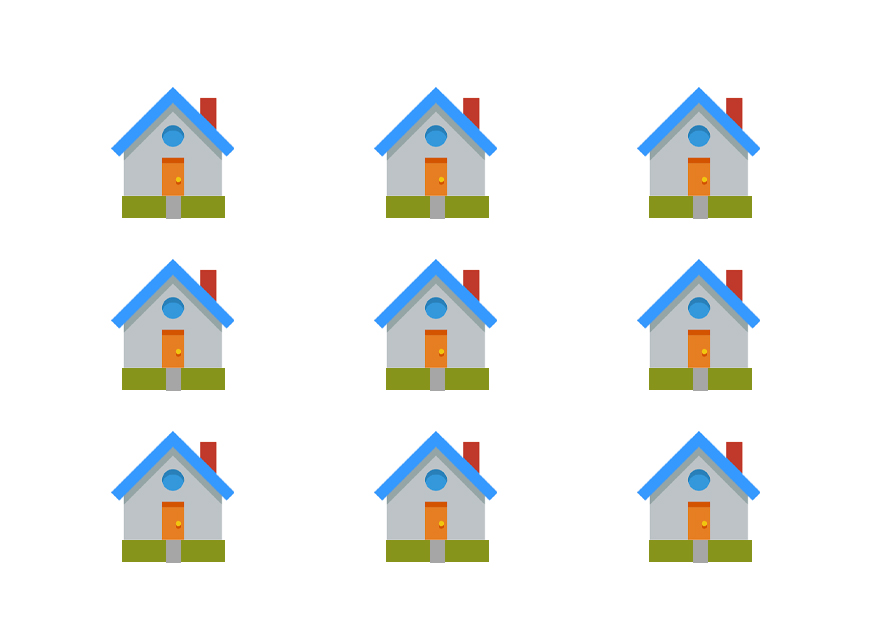 Here are nine houses in the same neighborhood. Do you notice anything missing? There are no roads. The houses aren’t connected to any other house. If one of these residents wanted to, say, borrow a cup of sugar from their neighbor, there would be no path for them to get from point A to point B. (You’re right, they would probably just walk anyway since they’re neighbors, but let’s imagine for the sake of this illustration that they can’t.) 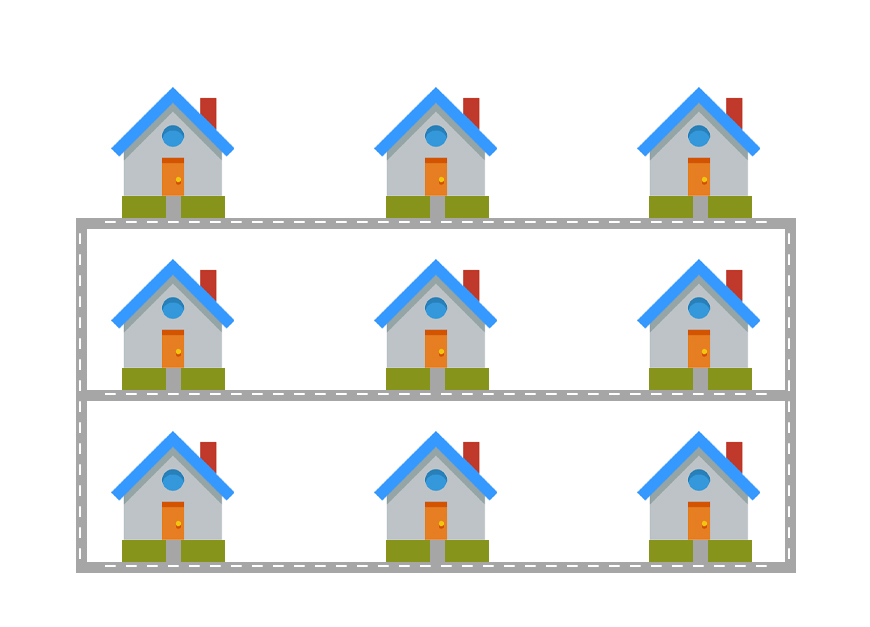 You’ve probably guessed by now that the houses in this illustration represent some kind of electronic device, like a computer. In an office, for instance, you might have nine individual computers. On their own, these computers are incapable of any external communication, just like the houses with no roads.

But that’s where the almighty Ethernet cable comes into play. Like the roads connecting each house to the other, Ethernet cables can connect all nine computers together in a local area to create a network of devices. This is called a local area network, or LAN. When connected to one another in a local area network, these computers can now communicate in simple and convenient ways. They can export files, send information, and share data. They can also access other devices on the LAN, such as a network-attached storage unit (NAS) or an IP camera (see where we’re going with this?). The computers are no longer isolated entities, but can now work together in productive ways. 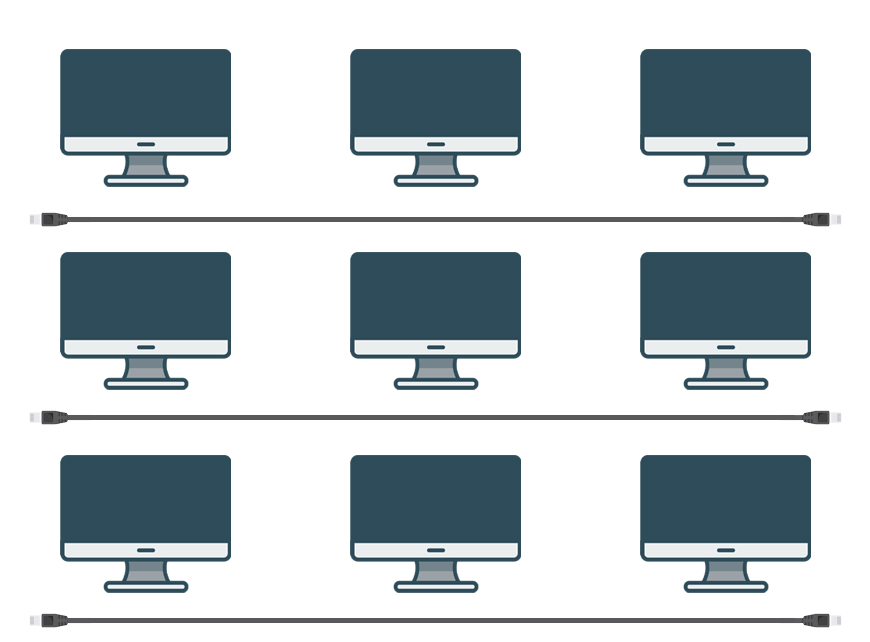 Now let’s take this idea and imagine it on a grander scale.

The Internet: Bridging Multiple Networks Together

Alright, we have our neighborhood all connected, giving our residents the ability to communicate with their neighbors. But let’s say we have six of these neighborhoods in a town. No one in these isolated neighborhoods has access to anyone outside of their own neighborhood. There is no connection to the outside world. No one can go to work, no one can visit their families. They’re all stuck. 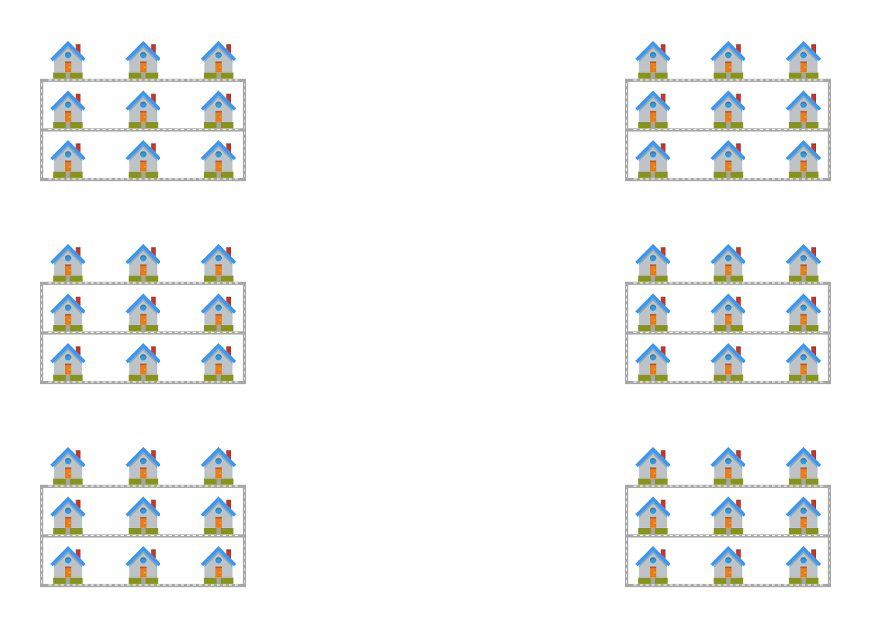 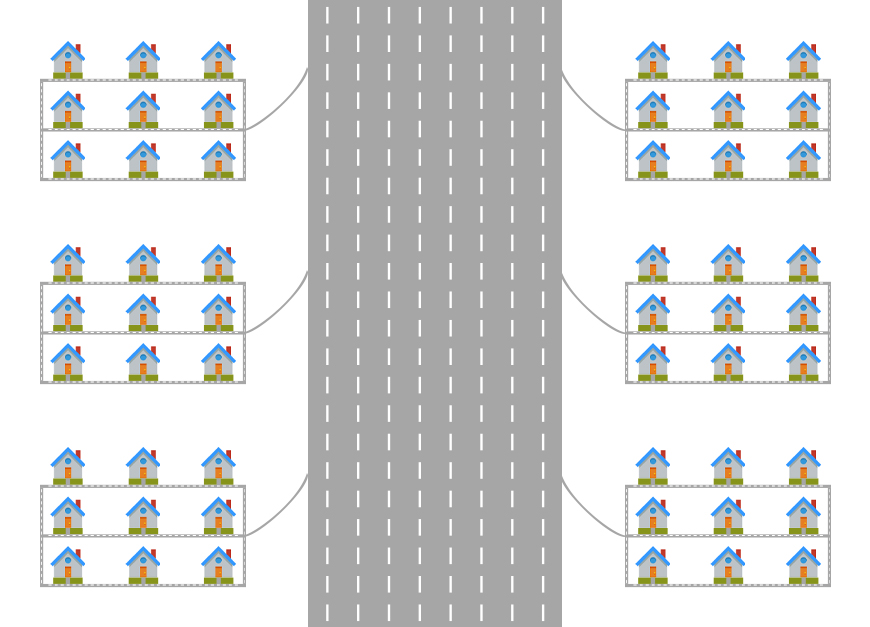 When we apply this back to the computers in our office from above, we’re talking about a giant network of interconnected networks. Internetworked networks. The Internet.

I’m sitting here typing these words at my personal computer in Broken Arrow, Oklahoma. As soon as I’m done, I’m going to hop onto the Internet so I can save these words on a server located in Seattle, Washington. When you clicked on the link to open this article, you used your Internet connection to read the files that I saved on that server in Washington, and you’re now able to read these words wherever you are in the world. The Internet is an amazing thing. 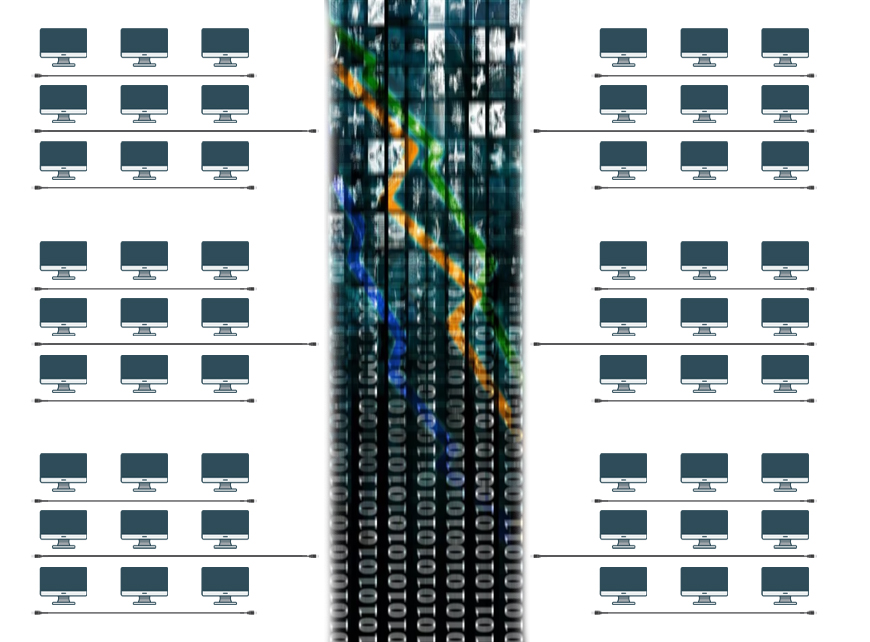 How do IP Cameras Work?

The advent of the IP camera was a game changer in the world of CCTV. It used to be that security cameras really didn’t do a whole lot. They would send raw video information to a central DVR, and that was about it. All the video compression and any intelligent analytics were done within the DVR, not within the camera itself. Think of the analog security camera as an eyeball and the DVR as the brain. By itself, the eye can’t do much other than send information to the brain for processing.

Then the IP camera came along and changed everything. IP stands for “Internet Protocol.” The name is a bit confusing, because it doesn’t actually require the Internet. But it uses the same kind of networking technology.

With IP cameras, everything is done within the camera itself. It records video, it compresses, it performs analytics. Some IP cameras even have the ability to store recordings via edge storage, meaning you don’t even always need an external recorder to store your surveillance feeds. Security cameras evolved from codependent eyeballs into self-sustaining video capture devices.

Analog cameras use video transmission cables to get the data out of the camera and directly into the DVR. If IP cameras process everything themselves, how do they make those processed video feeds available to other devices?

When I connect my security camera to my local network via an Ethernet cable, my camera then becomes another device on my network, another house in my neighborhood if you will. Following the illustration above, that means I can access my IP security camera from any other device on the same local network. My phone, my computer, my NVR. I can load video feeds and configure the camera from anywhere in my own neighborhood.

So, Do You Need An Internet Connection For Your IP Cameras?

No. Despite the name “Internet Protocol,” IP security cameras do not require an outside connection to the Internet. All that’s required is a connection to your local area network.

This could also look like your IP camera connected to an Ethernet switch that is also connected to a couple of different computers. These computers do not need to have access to the Internet in order to access your security camera, since they are all located on the same local area network.

This could also look like your security cameras plugged directly into the PoE switch on the back of an NVR. If your NVR is connected to a monitor and to power, it doesn’t need to be connected to the Internet in order to access the recorder’s camera feeds. In fact, the recorder doesn’t even need to be connected to a LAN outside of itself. This is because the PoE switch in the back of most NVRs acts as its own integrated network. Think of this as its own little gated community inside of a neighborhood. That means your NVR has full access to anything plugged directly into its PoE switch. Just keep in mind that if your NVR is not connected to your local area network, you won’t be able to access your NVR or your IP camera from your PC or your mobile device. The only way you’ll be able to access your surveillance feeds is from the NVR itself.

What’s the Benefit Of Connecting Your IP Camera to the Internet?

It’s Not As Confusing As It Sounds!

Networking sounds confusing. As soon as people start throwing words around like “Ethernet” and “switch” and “local area network” and “Internet,” its easy for a lot of us to get overwhelmed. But it’s really not that confusing at all. We all know how roads work to get us from our neighborhood to our office in the next town over. Computer networking and IP security cameras really aren’t all that different.

I hope this article helped you better understand how IP security cameras work and how you don’t need (although you might want) an Internet connection in order to get yours up and running.

If you’re interested in learning more about the IP surveillance equipment that we offer at Nelly’s Security, click here to browse our wide selection of cameras and recorders. If you still have any lingering questions, don’t hesitate to leave a comment below! We’re always happy to help you out. 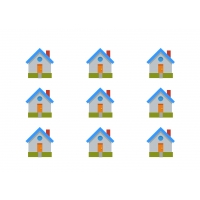 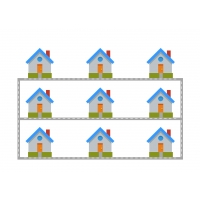 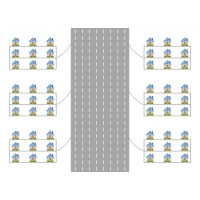 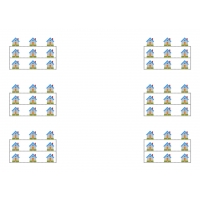 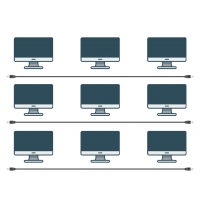 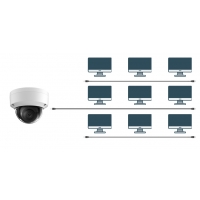 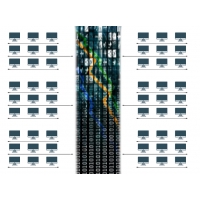